Power Poker Adds Over $17,000 in Cash and Prizes to Tournament Series 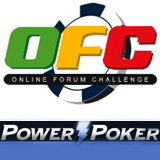 October 16, 2009 – High stakes Finnish poker champion Ilari “Ziigmund” Sahamies will cap off a series of Online Forum Challenge (OFC) Tournaments to be held at PokerPower.com over the next three months.

Each month, a set of Online Forum Challenge Events will be played at Power Poker, consisting of one big freeroll, and one buy-in with cash and prizes added. Prizes will also be awarded in each tournament to the best performing forums.

At the end of the three-month series, all players that participated in all 3 buy-in tournaments will be eligible to play in the Heads Up With Ziigmund Bonus Freeroll. In addition to a general prize pool and a bounty on Ziigmund, the winner of this bonus tournament will receive the package of a lifetime. The OFC Power Poker Challenge Grand Prize will see the winner of this tournament meeting up with Ziigmund, and playing him heads up for $1,000. 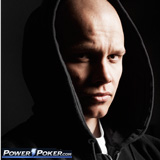 The first set of OFC Events features a $2,000 freeroll on Saturday, October 24th, followed by a $5 buy-in with $2,000 cash and prizes added to the prize pool on Sunday, October 25th. Both tournaments start at 3pm Eastern.

Players that wish to compete for the chance to play against the Finnish poker pro are required to pre-register at Online Forum Challenge (http://www.onlineforumchallenge.com). The preregistration period for the first set of OFC Events at Power Poker closes on Wednesday, October 21st at 3pm Eastern.

“We are absolutely thrilled to be working with Ziigmund and the entire Power Poker Team. Our events have awarded players with over half a million dollars in added prize money in the last few years, but this is probably the coolest prize so far,” commented Global Gaming Events (GGE) President, Jason “Wolf” Rosenberg. GGE owns and operates Online Forum Challenge.

About Online Forum Challenge
Online Forum Challenge is operated by Global Gaming Events. OFC was launched early 2006
and is the premier facilitator of multi-forum events. With over $500.000 in cash and prizes awarded so far, OFC brings value added tournaments to new players and depositors, while allowing affiliates to promote an operator with their own affiliate links. Currently, OFC brings thousands of players and hundreds of affiliates to any operator where tournaments are hosted. All inquiries should be addressed to
support@globalgamingevents.com.