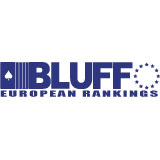 9th March 2012 (London, UK)- Poker players can get an early start in their ambition to become Bluff Europe’s 2012 Player of the Year with some big upcoming events this March. First it’s off to Madrid for PokerStars’ EPT Madrid from 11 – 17 March. It’s the second time the EPT has descended on the Spanish capital, with last year’s event proving so popular that a whopping €1,500,000 first prize was grabbed by eventual winner Iva Frietez.

Meanwhile, and closer to home, the GUKPT arrives in Walsall from 11 – 18 March and then back to the continent where the EPT reaches Italy and the Casino Campione, Cassin from the 25 – 31 March – another big rankings point-scorer. Qualifying satellites run daily at PokerStars.com.

Lastly, its over to the Fox Club, London, for the Genting Poker Series Leg 2. The long awaited grassroots poker tour from casino giants Genting proved massively popular on its inaugural leg in Birmingham last month and is sure to gather even more pace as the season progresses. You can qualify online at GentingPoker.com.

The rankings are calculated using the amount of runners and the tournament buy-in as multipliers. This formula is designed to reward solid, consistent play, with no massive jumps for first place.

It’s still far too early in the year to attribute very much significance to the Bluff European rankings top ten, which sees Belarusian Vadim Kursevich heading the pack. In fact, it exactly mirrors the first ten spots in last month’s EPT Deauville, which, at the time of writing, has been the biggest point-scorer of the year so far, but that’s all about to change with big upcoming events throughout March and April.