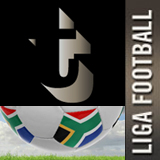 6 May 2010 (Valletta, Malta) – Football fans have a new online system for betting against each other on the World Cup this year. TellGaming.com, the unique casino, poker and sports betting site that gives loyal players a stake in the company, in cooperation with LigaFootball.com, have just launched a system where participants can bet against each other on the outcome of every game in the World Cup as well as the total winner, leading goal-scorer and much more. Both TellGaming.com and LigaFootball.com are available in Swedish and English, and is currently also translated in to German.”

There are several types of ligas, or betting pools, on offer. In the World Liga participants around the world will compete against each other for a guaranteed first prize of €10,000. The fee to participate in the World Liga is only €11 — and €10 of that goes back to the prize pool.

There are also National Ligas where bettors can compete against their fellow countrymen and Special Ligas where sponsors can add extra value to the prize pool. For high rollers there is an option to compete for stakes up to €1000. Football fans can even create their own Personal Ligas to challenge friends, work mates, sports club members – virtually anyone anywhere.

“The €10,000 guaranteed first prize is making the World Liga popular, but a lot of people are also creating Personal Ligas so they can challenge their friends,” said Thomas Jonsén, Marketing Manager at Tell Gaming. “People all over the world use homemade coupons with poor updates to compete against friends. We’re giving them a cool, easy-to-use system loaded with stats and special features to make it more fun.”

Created by a small group of Swedish gaming enthusiasts, Tell Gaming is unique in that it gives players a stake in the company and a share of its profits. In January 2010, players split €30,000 in profit. Players currently own 25% of Tell Gaming and additional ShareUnits are distributed to poker and casino players quarterly based on the amount they play and the players they refer.

About Tell Gaming
Tell Gaming (www.TellGaming.com) is a poker, casino and sports betting site that was founded in 2006 by a few Swedish gaming enthusiasts with a vision to create a vibrant, exciting gaming site with as many winners as possible. All services are available in Swedish and English. Since Tell Gaming could never exist without its players, they think it’s only natural to reward them for choosing to play with them. Tell Gaming does this by distributing ownership units in the company and by providing the Tell Academy, a poker school designed to help players become winning players. Affiliate opportunities providing up to 50% commission and ownership in Tell Gaming are managed by Tell Affiliates.