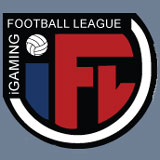 “Super Samvo is thrilled to have won the iGaming Football League. We worked really hard this season and had a great time each week – winning just made our experience playing together even better . Our team is a great group of guys and we look forward to defending our title in the coming weeks” commented the captain of ‘Super Samvo.’

The iGaming Football League was created by iGaming Business and allows London based online gambling companies to not only claim industry bragging rights, but generate a team-building experience in a 5-a-side football league. The first league included IGT, GTECH G2, Pentasia, Unibet, iGaming Business, Mfuse, Game Account and Samvo. This wide spread of companies reflected the broadening of iGaming businesses now based in London.

“The league has been a huge success. From the start it was clear that Unibet and Samvo were the teams to watch. The final was unsurprisingly a fast paced and exciting game with end to end action. Massive congratulations to Samvo, although Unibet should equally be congratulated on not losing a game until the final” commented Alex Pratt, Head of iGaming Business.

Following the success of the first season, organisers for the event have already announced the dates for the second season which will start in one week on the 16th August. Three additional teams have been confirmed; Bodog, Smart Live Gaming and the Sports Betting Community…..Expect big action with several teams vying for the cup this season.

“We’re going to be active in the transfer market ahead of the new season and hope to inject some new blood into the team, defence is clearly an issue we can’t afford another 16-0 defeat!” commented James Ellis, captain of Team IGT who suffered a crushing 16-0 defeat at the hands of Samvo.

More information can be found on: http://www.iGamingFootballLeague.com

About the iGaming Footblall League: http://www.iGamingFootballLeague.com
The iGaming Football League (IFL) is a 5 A-Side football tournament that brings together operators, affiliates and vendors to compete for the glory of being the best football team in the iGaming sector. The league started in June 2011 and was successfully won by Samvo, the second season will be kicking off with 10 teams over 12 weeks from Mid Aug 2011.