Heavyweight Champ to appear at the world’s largest poker fair 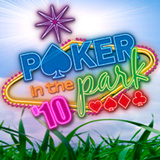 20 July 2010 (London, UK) — WBF heavyweight title holder Evander “The Real Deal” Holyfield will be in the ring at the world’s largest poker fair, Poker in the Park, in London’s Leicester Square. Holyfield, who is a big poker fan, will appear as a spokesperson for RealDealPoker.com, and poker and boxing fans alike are invited to come down and meet one of the most exciting boxers of his generation. RealDealPoker.com is a new site in the online poker space, which is designed to replicate a live game of poker by replacing the random number generator with “real” cards.

Poker in the Park rolls into Leicester Square on 2nd and 3rd September 2010 for two days of all things poker, with lectures from top pros, live sit-n-gos running around the clock, cut price books and merchandise and much, much more. Last year the festival attracted 20,000 visitors.

Festival organiser Michael Caselli said, “We are thrilled to have a superstar like Evander on board at Poker in the Park. We’re used to having the most famous players in poker drop by, but Evander’s presence really illustrates the synergy between poker and mainstream sports and the exciting growth of poker in general.”

About Poker in the Park

2010 will mark the fourth anniversary of Poker in the Park. Held 2-3 September in Leicester Square, the event draws 20,000 poker enthusiasts to participate in fun, free poker tournaments and enhance their poker skills through free poker lectures taught by the biggest pros in Europe.

The current WBF heavyweight champion also won the bronze medal in the Light Heavyweight division at the 1984 Summer Olympics and is the only boxer to win the World Heavyweight title five times.