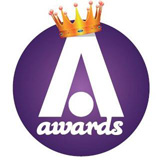 Nominations will close on the 9th of November 2012. Anyone working within the iGaming Affiliate industry enter the iGB Affiliate Awards whether nominating themselves and their organisation or on behalf of a third party individual/organisation.

“Every year we have over 500 people from the iGaming affiliate community gather to honour the ongoing success within the industry” stated Alex Pratt, Head of iGaming Business & iGB Affiliate. “This year, the introduction of the financial categories is to recognise the increasing growth in this area. We will also see the return of popular categories such as the Best Affiliate Manager and Best Affiliate split by vertical, and the much coveted overall winner. One of our most popular events, the iGB Affiliate Awards is sure to be a glamorous night to remember.”

To ensure the integrity of the iGB Affiliate Awards, all nominations will be open for voting after the 16th of November. Anyone who works within the affiliate industry will be able to vote once for their favourites. The top ten nominations with the most votes will then go on to be reviewed by a series of expert judges. The highly coveted shortlist, naming the top ten for each category, will be available to the public on the 21st of December. The winner will be revealed on the evening of the awards. A full review of category criteria as well as a list of the expert judges can be found on: www.iGBAffiliateAwards.com.

Due to be held during the London Affiliate Conference 2013, the biggest affiliate event of the year with over 2500 attendees, the iGB Affiliate awards will see the crème de la crème of the affiliate world attend to compete against their peers. The glamorous 3 course dinner will be hosted at The Brewery on Friday 8th of February 2013.

Past winners include some of the biggest names in the affiliate world, including PokerStrategy.com, Income Access, BingoPort.co.uk, Bet365, RaketheRake.com, MoneyBookers, Affiliate Club, Ladbrokes and many more. A list of last year’s winners and comments on why they won can be found on the website www.iGBAffiliateAwards.com.