Poker’s greatest storyteller is warm up act for IPA 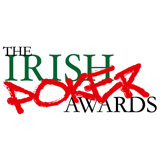 Dublin (13th October, 2010) Organisers have announced that “Mad” Marty Wilson will warm up the crowd ahead of the forthcoming Irish Poker Awards in Dublin this Sunday, 17th October. Marty is known as one of poker’s great eccentric storytellers and he’ll undoubtedly get the crowd loosened up for the awards ceremony, which will be presented by Neil Channing and Bluff Europe’s Michael Caselli.

Marty Wilson earned his nickname “Mad” when he jumped into a zoo’s polar bear enclosure as a teenager in order to escape from rival football fans. His subsequent life has lived up to the moniker and made him one of the best-loved and most entertaining anecdotalists in poker.

The awards, the winners of which will be decided by the public, will honour the top achievers on the Irish Poker scene at a ceremony at the Regency Hotel, Dublin on Sunday, 17th October. It will culmination of a fantastic weekend of poker, with Europe’s largest live tournament in terms of the size of the field, The Boylepoker International Poker Open, kicking off on Friday 15th.

Note to editors
About the Irish Poker Awards
The inaugural Irish Poker Awards is a joint venture between Bluff Europe, BoylePoker.com, PokerNews.com, PokerIreland.ie and d4events.com. Nominations are decided by a committee comprised of representatives from the above. Voting is decided by the public at www.theirishpokerawards.com. The event is free to attend and runs from 7pm to 9pm at the Regency Airport Hotel, Dublin, on 17th October 2010.