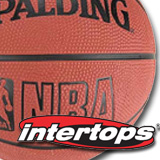 October 30, 2012 (St. Johns, Antigua) – The NBA regular season tips off today and Intertops Sportsbook sees the defending national champ from Miami as an opening day winner. The early line sees the Heat as a 6.5 point favorite to win at the Celtics. The popular internet sportsbook – the one that took the very first online bet way back – offers odds and props on every NBA game throughout the 2012/13 season, continually updating its prices on the Division, Conference and Championship titles as the season progresses.

“Every NBA team plays 82 games – that’s a lot of basketball to come!” said Intertops’ Sportsbook manager. “And we’ll be there all season long, right up to the Championship title decision!”

Throughout the month of November, wagers placed on the NBA action puts Intertops customers in with a chance of securing the Sportsbook’s monthly ‘Mission $2012’ cash prize. Players must wager a total of at least $300 (minimum odds -200) to qualify for the draw to be held on December 3rd.

Intertops is also giving its customers some extra cash for the start of the new season by bringing forward its Halloween Bonus promotion to start Monday. All deposits up until October 31st qualify for 20% extra.