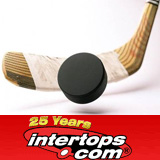 October 5, 2010 (St Johns, Antigua) – Even as the NHL prepares for its season opening on Thursday, Intertops Sportsbook is already taking bets on who’ll wind up with the Stanley Cup in April. The popular online sportsbook, which features wagers on all the US major leagues, heralds the return to the popular North American sport with early NHL odds and a chance to win a trip to the NHL All Star Game.

Before the first puck hits the ice in Thursday’s season-opening games, Intertops oddsmakers favor the Pittsburgh Penguins to win the Cup, with the Washington Capitals and Chicago Blackhawks as contenders.

In one of five opening-night games, the Pittsburgh Penguins will open their new home, the CONSOL Energy Center, on Thursday night as they face the Eastern Conference Champion Philadelphia Flyers. Then two nights later, in the league’s most contested rivalry, the Chicago Blackhawks will play the Detroit Red Wings for the 710th time.

Every dollar wagered at Intertops.com Sportsbook on NHL action earns one entry in a free draw for tickets to the 58th NHL All Star Game in Raleigh, NC in January.

Intertops took the first online sports bet ever, fourteen years ago, and is still one of the most popular and trusted online sportsbooks around the world. From the beginning it’s been famous for specializing in US major league sports. The comprehensive sportsbook offers a full range of both NHL and NFL betting propositions.

All new customers at Intertops receive a 25% bonus on their first deposit. Until Sunday there’s an additional 20% deposit bonus available for NHL wagering. Details are on the Special Offers tab at www.Intertops.com/sportsbook.

*All odds quoted are as of today and are subject to change.