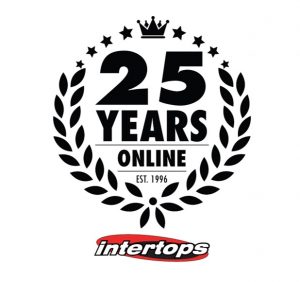 10 February 2021 (St. John’s, Antigua) – A milestone in gambling and ecommerce history took place 25 years ago this month when Intertops became the first company ever to accept an online bet.

The Austria-based operator’s brand new Intertops website handled a $50 wager, placed by a Finnish punter, on Tottenham Hotspur to beat Hereford United in an FA Cup fourth round tie on January 17, 1996.

At odds of just 1.04, the Premier League side’s 5-1 demolition of their lower-league opponents meant the punter profited by just $2, but it was a game-changing day for the betting industry, which until that day had been restricted to in-person and telephone wagering.

That $50 wager was the first of billions placed in the intervening quarter of a century, during which time Intertops has remained at the forefront of online betting. In 2000, the operator, responding to the growing potential of cell phones, launched the first-ever mobile betting site, and two years later introduced live betting.

In the years since 1996 Intertops has expanded beyond sports, with the creation of Intertops Casino in 1998 and the launch of Intertops Poker in 2003, thus always ensuring that its valued players can enjoy a full range of online gaming entertainment.

Intertops marks a quarter of a century of online betting this year by launching its new, redesigned in-play Sportsbook.

“We remain proud of our unique place in gambling history,” an Intertops spokesperson commented. “Gambling in one form or another had been around for millennia, yet Intertops brought it into the digital world in January 1996 thanks to our foresight and pioneering spirit, which remains the same today.

“In the years since that historic day, we have striven to stay at the head of the gambling sector, offering entertainment to millions of players each year through our comprehensive Sportsbook, Poker and Casino platforms.

“We will always be the first, but the introduction of our new Sportsbook will also ensure that we remain the best.”

Intertops was actually established in London back in 1983, and initially offered bookmaking services to players in Germany through a combination of telephone interactions and cash sent through the post.

It relocated to Austria almost a decade later to avoid British postal delays, but even in 1992 the World Wide Web was still more than a year away from common usage. Pizza Hut is considered to be the first company to complete an online transaction through the sale of a large pepperoni pizza in 1994, and it was Intertops that soon after took gambling into cyberspace.

“After all the years of success in the past, we remain committed to the future and providing players with the games they love to play,” the Intertops spokesperson added. “Here’s to 25 more years of a fun in a safe gaming environment.”

About Intertops – 25 Years Online (https://sports.intertops.eu/) Intertops was founded in 1983 in London with a UK Bookmakers License and relocated to Austria in 1992. They accepted the world’s first online bet in 1996. In 1997, the online business moved to Antigua. An all-new mobile friendly sportsbook launched in 2015 with more wagers and parlay options. Intertops launched an online poker room in 2003 and offers more than 300 slots and table games from Realtime Gaming (RTG) in its online casino.