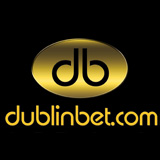 4 August 2010 (Glasgow, Scotland) — DublinBet is Live & Five this month. DublinBet.com, the gaming website that enables customers to play online in a real LIVE casino from the comfort of their home, is delighted to be celebrating its fifth birthday. To mark this impressive milestone, the LIVE casino specialists are giving away money every day in August and September. In total, DublinBet is awarding over €27,000 in daily cash prizes in their LIVE & FIVE promotion (http://www.dublinbet.com/help/promotions) .

To be in with a chance of winning, customers must simply make a single deposit of €100, then wager just €200 in DublinBet’s game of the day, and will automatically be entered into daily prize draws for the remainder of the month. Customers can win up to €200 every day, plus up to €400 on special bonus days for the next two months. Once again, DublinBet affiliates are also being rewarded for advertising the promotion.

At DublinBet customers can watch the casino floor LIVE from their own home and can bet in real time in LIVE games happening within the popular Fitzwilliam Casino and Card Club in Dublin.

Established in 2005, DublinBet attracts an international customer base and has built up a strong reputation within the industry for its excellent gaming experience, customer service and speed of payments to customers and affiliates.

Deputy CEO for VueTec, DublinBet’s parent company, Grant Fraser comments: “We are delighted to be celebrating our fifth birthday and it is hoped that this promotion will generate new customers for DublinBet and also reward the loyal players that have made this achievement possible. This will be the last promotion run under the current DublinBet brand identity ahead of the launch of our new look website which is being unveiled in October at the Budapest Affiliate Conference”.

About DublinBet
DublinBet.com is a premier online casino – where it differs from all of its rivals is that customers play in a real brick-and-mortar casino online, as opposed to a replica environment being broadcast from a studio. All live results are determined from a real game and are not computer generated. http://www.dublinbet.com

About VueTec Ltd
VueTec is a software development company specialising in providing live internet casino packages which will forever change the way we view online gaming.

Whilst most online casinos present artificial games that simulate casino play, VueTec’s Distance Gaming™ software allows patrons to participate directly in games being played in a real casino, using only their home computer and internet connection. Live games are played with an easy-to-use graphical interface, and provide live video & results from a game as it is in progress in the casino. For more information visit http://www.vuetec.com.