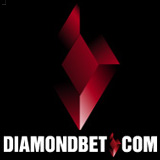 28 September 2010 (Valletta, Malta) – DiamondBet and TellGaming have been acquired and merged into one brand, DiamondBet.com. The new English and Swedish casino, poker and sports betting site is on the Microgaming casino and poker networks giving players access to million dollar casino jackpots and big poker tournament prize money. TellGaming’s popular Liga Football sports betting pools will be featured on the new combined site.

The unique Liga Football sports betting pool developed at TellGaming has moved to Diamondbet.com. Players can create a Personal Liga to challenge their friends, family, work mates or team mates with their eleven person Premier League dream team and on the outcome of the results of the Premier League 2010/2011 season. For a stake of only €10+€1 they automatically compete in the World Liga against a world of players.

Moving to the Microgaming network gives DiamondBet.com players more and better casino games to play and chances to win some of the biggest progressive jackpots available online including the “Mega Moolah” which was recently just hit for 4.2 million and is already back to over €1.7 million. “King Cashalot” is over €830,000 and “Major Millions” is over €325,000.

The merger is also great news for DiamondBet poker players who can now learn to be winners at the Diamond Academy poker school. Joining a much larger poker network gives former TellGaming poker players more big money tournaments to compete in, like the weekly €100,000 Guaranteed poker tournament and monthly €5000 Reload Bonus Free Roll.

The CEO of Diamondbet, Alexander Stevendahl says: “We will continue to run DiamondBet in the same spirit as Tell has been run. Our focus will not only be on continuing their appreciated and swift support, but also to make sure that players get the best value when it comes to promotions and campaigns. We will stay on the old Tell-path, where our goal is to create winners and create the best possible value for our players.”

DiamondBet’s affiliate manager will be at the Budapest Affiliate Conference next month. Webmasters interested in meeting there to discuss affiliate opportunities should contact affiliates@diamondbet.com

About Diamondbet www.diamondbet.com
DiamondBet.com is an online casino, poker and sportsbetting site offered in English and Swedish. Part of the Microgaming casino and poker networks, DiamondBet offers a wide selection of casino games including million dollar progressive jackpots like Mega Moolah. The poker room has a wide variety of cash game tables and sit’n’go tournaments as well as guaranteed and free roll poker tournaments. The Diamond Academy poker school headed by Andreas Hurtig teaches players to win. Its Liga Football system is a sports betting pool for Premier League results and dream teams.

About Tell Gaming
Tell Gaming was a poker, casino and sports betting site that was founded in 2006 by a few Swedish gaming enthusiasts with a vision to create a vibrant, exciting gaming site with as many winners as possible. All services were available in Swedish and English. Tell Gaming rewarded its players, free of charge, with ownership in the company. The merger between Tellgaming and Diamonbet gave the players holding ownership a total of €120,000