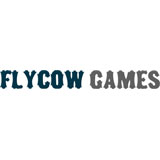 With over 130 proprietary casino games, CasinoZone is known for having the largest casino offering on Facebook, as compared to leading competitors who have fewer than 40 games each.

“We are excited to offer such a wide variety of games to the Facebook market,” said Christopher Kape, president of FlyCow. “We provide an extremely entertaining and socially engaging experience for our customers which is the primary reason for our rapid growth.”

The success of the Facebook casino niche has been well documented of late, buoyed by several high-profile acquisitions. DoubleDown Casino was acquired for $500 million by casino game manufacturer IGT in a cash and stock deal. In addition, Israeli game studio Playtika was acquired by Vegas giant Caesars in a rumored $100 million acquisition.

Mr. Kape commented further on FlyCow’s steep growth curve: “At the present moment we are very pleased with our growth figures as the company is doubling both its player base and revenue monthly. We are well positioned to take advantage of this developing market and to increase our penetration rates substantially,” stated Mr. Kape. “However, we are definitely not content to operate solely within a narrow niche. The convergence of real-money gaming, social media and mobile gaming represents a highly lucrative future in which we expect to be a major player.”

About FlyCow Games Inc:
FlyCow is a social and mobile gaming company whose aim is to dominate the social casino games niche by providing connected social experiences to its players. With a highly experienced team of social media and real-money gaming gurus, FlyCow sees the future of the industry and is preparing for such today. Our flagship product, CasinoZone, has entertained hundreds of thousands of happy players on Facebook since its launch. Our plans do not stop there, as we continue to develop new and exciting games using HTML5, iOS, and Flash for an engaging and truly ubiquitous gaming experience. www.flycowgames.com