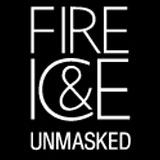 15 December 2010 (London, UK) – If there’s a party in the iGaming industry on-site coverage is sure to be handled by CalvinAyre.com. This will again be the case when iGaming dignitaries gather for the industry’s biggest party at the centre of the iGaming universe, London, in January – Fire & ICE.

Fire and ICE 2011 will, for a third year running, take place at Gilgamesh, Camden, right in the heart of one of London’s most renowned party districts. Last year’s party took on a Bacchanalia theme, and was attended by all the leading lights in the iGaming industry, including THAT goat. As it takes place between two of the biggest conferences on the calendar, the London Affiliate Conference and the ICE show, it’s sure that this year will see more partygoers than ever before.

The fact that it’s a party and it’s in conference season is where CalvinAyre.com comes in. Any regular visitors to the tablog will know that in addition to Rebecca Liggero, her blue mic and camera being in attendance, there’s likely to be film coverage of the festivities, and a chance to capture the DAF award come the end of the night. Whichever farmyard animal it is that co-organiser Michael Caselli decides to befriend, CalvinAyre.com readers will find out first.

The Ayre Heads will also be in attendance, meaning party goers will never be too far from a beautiful babe to cast their eyes over.

2011 marks the 10th year that Lyceum Media have put on the party and this year it will take on an “Unmask Your Imagination” theme, both Jodie Thind and Caselli from Lyceum promising that this year will better last year’s event that featured an erotically charged stage show.

For those not lucky enough to be invited to GTECH G2’s or SunPlus’ VIP party beforehand, the event will open up at 9pm.

Guest registration is yet to start for the event but sponsorship opportunities are aplenty, as well as VIP tables. These are available from the Lyceum Media site, and for a taster of what’s in store see CalvinAyre.com’s coverage of last year’s party.