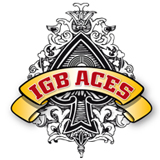 19 August 2008 (London, UK) — First launched in 2006, iGB Aces was a compilation of the three hundred most influential leaders in iGaming that provided readers with information as diverse as the individual’s greatest achievement to their favourite movie. As the industry has changed so has the book and following months of planning iGaming Business is pleased to announce the re-launch of iGB Aces with a whole new look for 2008.

“This year iGB Aces will feature the top 40 people making a genuine difference in our industry and will not just be based on the size of someone’s bank balance, job title, profile, or past reputation,” commented iGaming Business Publisher Alex Pratt.” But what really makes this different is that ‘the Aces’ will be decided by the industry as a whole and not simply a hired panel or a single source, which means they will truly mean something special.”

To nominate you just need to be in the iGaming industry and log into www.igbaces.com where you can register up to 5 people you personally believe are an iGB Ace. Remember it is your vote so base your decision on who you genuinely think made a difference in the iGaming sector over the last 12 months. Nominations will close at the end of October. Results will be unveiled in the November/December issue of iGaming Business Magazine complete with detailed profiles of the forty iGB Aces of 2008.

About iGB Aces
iGB ACES 2008 is a search to find the real stars and influential figures in the online gaming industry. Originally launched in 2006, iGB ACES was a compilation of the 300 most influential leaders in iGaming. This new edition will identify the top 40 people making a genuine difference in our industry, chosen through actual industry nominations rather than a hired panel or board.