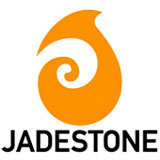 September 15, 2009 (Stockholm, Sweden) – Jadestone Networks, the Nordic based owner and operator of multiplayer gaming networks GamArena and DiceArena, announced today that, via its partner the World Series of Backgammon (WSOB), it has completed online qualifiers in backgammon for the Japan Open.

Online backgammon qualifiers for the Japan Open were run on September 5 and 12 with seats available for the offline event scheduled for September 20 – 22. The qualifiers were open to Japanese players that registered to play via the WSOB website, as the tournament sponsor, and that contacted the host of the event Mochy Mochizuki (the reigning Backgammon World Champion and Team WSOB member) to confirm their participation. These qualifying tournaments were exclusively available in the new backgammon network run by Jadestone.

“We’ve already seen that backgammon is a highly popular game around the world,” said Andrew Pegler, UK Director at Jadestone. “With our partnership with the WSOB we are growing the online backgammon base significantly and in Japan we have an excellent figurehead in the current World Champion who plays exclusively in our network.”

Andy Bell, Managing Director of the WSOB, said that: “We launched online qualifiers for the main WSOB tour at the event in Cannes at the end of July and we have already seen terrific interest in qualification for our upcoming events in Prague and London. To add the Japan Open now shows our dedication to the game and underlines the flexibility of Jadestone’s backgammon product. The WSOB is proud to work with Jadestone and to sponsor the Japan Open and our Team WSOB member Mochy.”

On September 5th and 12th, 2009 the WSOB and Jadestone ran two online qualifying tournaments for this year’s Japan Open. The winners gained seats at the Japan Open worth approx €375 each. The Japan Open will be played offline from September 20 – 22 in Tokyo.

About Jadestone
Jadestone is a leading developer of fully managed online game solutions. From great games to secure backend, Jadestone delivers quality services to both players and distribution partners. Jadestone’s expanding portfolio of products include the award winning DiceArena(TM) dice games network; the acclaimed GamArena(TM) skill games network; Championship Manager Online(TM) – the football management game; and the new Backgammon network that is taking the iGaming industry by storm. Headquartered in Stockholm, Sweden, the company is privately owned and funded. For more information about Jadestone and its products, please go to www.jadestone.se.

About World Series of Backgammon
The WSOB was launched in 2006 and has established itself as the premium backgammon tour and competition organizer on the planet. Its offline tournaments have attracted more than 200 of the world’s best backgammon players to events in Cannes, London and elsewhere and such events have been broadcast on TV in more than 60 countries. www.worldseriesofbackgammon.com