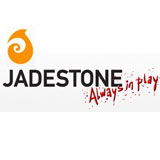 September 7, 2010 (Stockholm, Sweden) – Jadestone Networks, the Nordic based owner and operator of multiplayer gaming networks GamArena and DiceArena, announced today that its new multiplayer game Liar’s Dice is now live and open for players across Europe.

The classic dice game Liar’s Dice was brought to South America by the Spanish conquistadors and became a favorite across the continent. The game, which was highlighted to great effect in Disney’s hit movie Pirates of the Caribbean, has since swept the world as a popular gambling and party game. Now it delivers new levels of multiplayer gaming excitement at bwin, NordicBet and DiceArena. Additional Jadestone partners are expected to add the game later in the fall.

“We’ve already seen a classic saloon game like poker explode on the internet,” said Tobias Nissen, Business Development Director at Jadestone. “We wanted to tap into the success of a game that can trace its popularity even further back. Liar’s Dice has to be the ultimate game of bluff, deceptively simple but rewarding the player with the strongest nerves. It’s no coincidence it was the favorite pastime of the pirates.”

As a part of the launch excitement, throughout September players of Liar’s Dice will have a chance to win a trip to legendary pirate waters. All cash players will be part of a raffle for a trip to the sunny Caribbean.

The new Liar’s Dice is an integrated part of the Jadestone Arena games network. This means that it shares the interface design, back-end integration API and player identity system with the other Arena games. It is available across Europe with support for 25 languages.

About Jadestone Networks
Jadestone Networks is a leading developer of fully managed online game solutions. From great games to secure backend, Jadestone Networks delivers quality services to both players and operators. The product portfolio is built on the acclaimed Arena networks and features backgammon, skill games and a full range of casino games. Headquartered in Stockholm, Sweden, the company is privately owned and funded. For more information about Jadestone and its products, please go to www.jadestone.se.