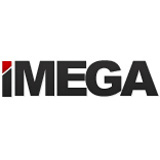 7 February 2011 (London, UK) – In signing bills (A-2926 and S-2229) to legalise exchange betting and pari-mutuel wagering last week, Governor Chris Christie has given the green light to the legalisation of exchange betting; a peer-to-peer wagering platform brought to prominence by exchange operators such as Betfair (who acquired TVG in 2009).

iGaming experts hope this is a precursor to the complete modernisations of New Jersey’s gaming industry, which is hoped to include an Internet Gambling bill (S3167) that is expected to be signed into law before the end of March.

iMEGA Chairman, long-standing advocate and campaigner for regulated iGaming in New Jersey, Joe Brennan Jr, explained that Governor Christie’s efforts could help position the state as an example of modern gaming in America and as a hub for a future iGaming industry.

“By endorsing the exchange wagering bill, Governor Christie is showing the kind of leadership that can turn New Jersey into the centre of iGaming in the US,” he said. “Hopefully, exchange wagering will become one part of a suite of iGaming offerings that NJ-based firms can offer to state residents, and eventually, the rest of the country.”

Sponsored by New Jersey General Assembly Democrats Craig Coughlin, John Burzichelli and Annette Quijano, A-2926 has been designed to boost interest in horseracing in the state and permits the New Jersey Racing Commission to issue a licence to the New Jersey Sports and Exposition Authority that would allow it to operate a betting exchange.

S-2229 was sponsored by New Jersey General Assembly Democrats John McKeon and Connie Wagner and permits racetrack permit holders to provide for a single pari-mutuel pool for each running or harness horse race.

Governor Christie said in a statement, “These measures represent the next steps in following through on my administration’s commitment to securing a strong, independent and self-sufficient horseracing industry in New Jersey. We are providing new tools to help the industry implement new strategies, generate additional revenues and capitalise on interest in horseracing around the state.”

About iMEGA
The Interactive Media Entertainment & Gaming Association iMEGA is an association dedicated to the continued growth and innovation of the Internet. It was founded to foster cooperation between the online gaming industry and government at all levels, and to promote innovation, openness and freedom on the Internet.