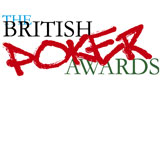 29 July 2011 (London, UK) – Poker in the Park, Europe’s biggest free poker festival, will culminate with The British Poker Awards this year. This is a high profile awards ceremony to honour the cream of British poker in a year when UK players have dominated on the international stage. Organisers have announced that the nominees in each category have been chosen and now it’s down to the British public to choose their favourite players when the voting begins online this Monday, 1st August.

Nominees have been chosen by a committee with representatives from Bluff Europe and PokerNews, as well as the “Voice of Poker” himself, Jesse May. Categories include Best Cash Game Player, Best Tournament Player, Best Online Player, Best Mixed Game Player and Best PLO player, as well as Best Blogger, Best Social Media User and Best Poker League and more. You can cast your votes by visiting Facebook [https://www.facebook.com/pages/The-British-Poker-Awards/120402951340257] or going to www.thebritishpokerawards.com.

“This isn’t about self-congratulatory back-slapping,” cautioned Philip Conneller, Editor of Bluff Europe. “It’s about honouring the players who have done us so proud on the world stage this year. It’s about applauding the bloggers and social media users who have kept us entertained through a challenging year in poker, and it’s about praising the poker leagues that tirelessly support the game on a grassroots level in the pubs and clubs of Great Britain.”
Visit: www.thebritishpokerawards.com